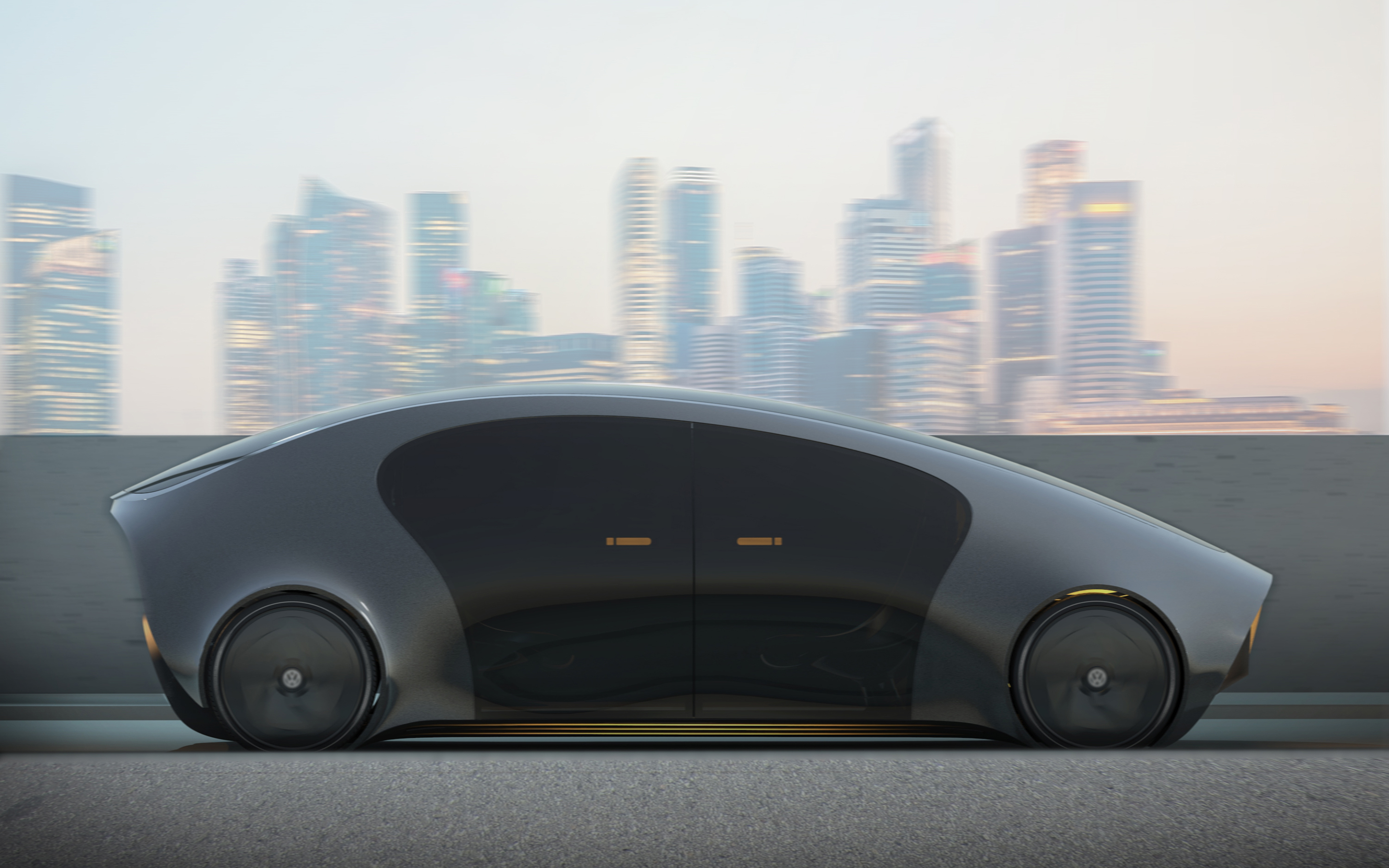 Volkswagen mod 40 is an automotive concept which is focussing on the future of its industry guided by automation, ever-accelerating development and disruptive technologies. Modularity is the key to simplify the development and the production. It is also the key to a universal sharing-service providing different vehicle models. 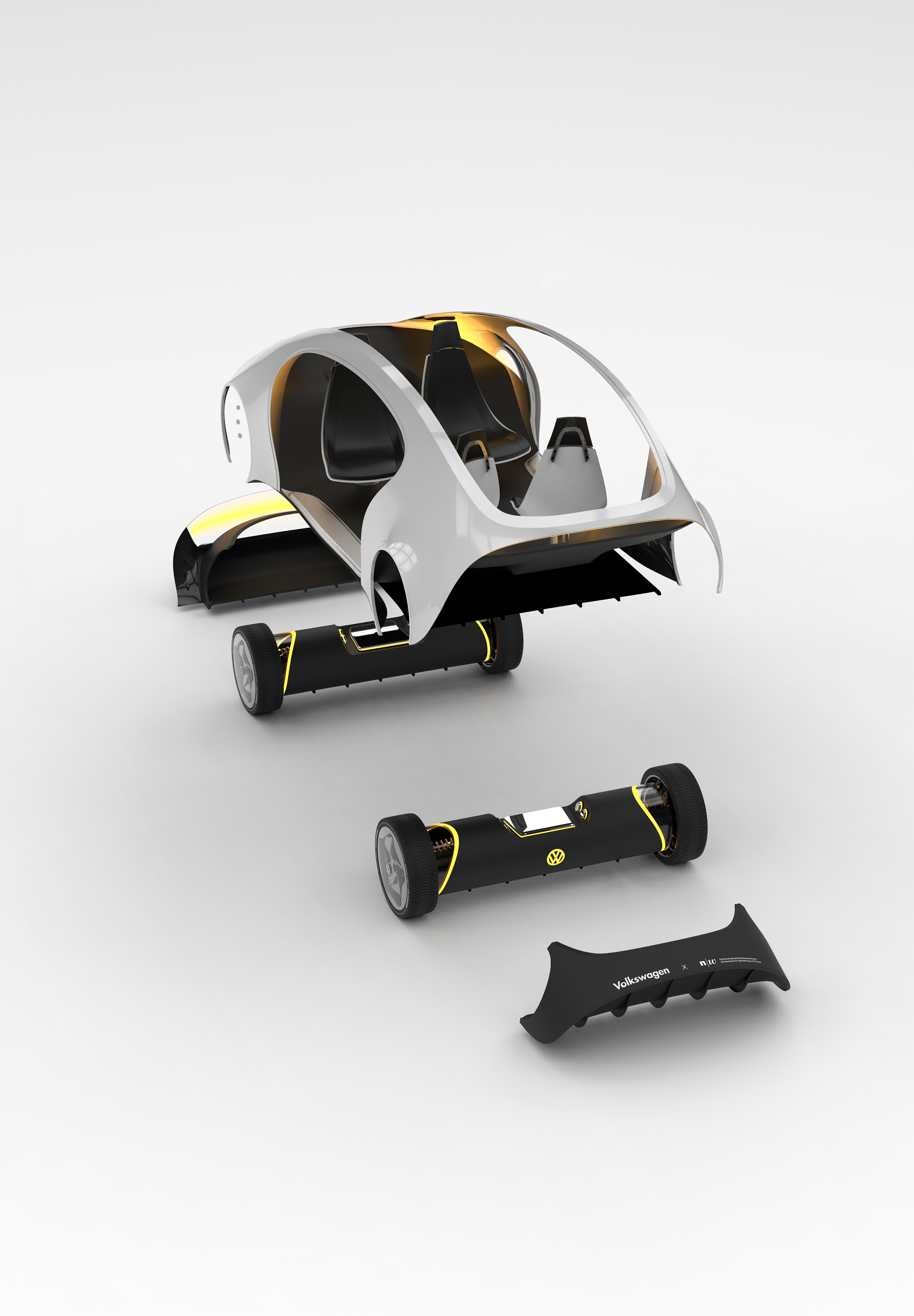 The vehicle is split into 5 parts. The cabin, the front, the rear and two identical propulsion cylinders. Each one of these parts can be developed separately. For many consumer goods, there has only been the possibility to update the software; through the modularity it now becomes possible to even update its hardware! 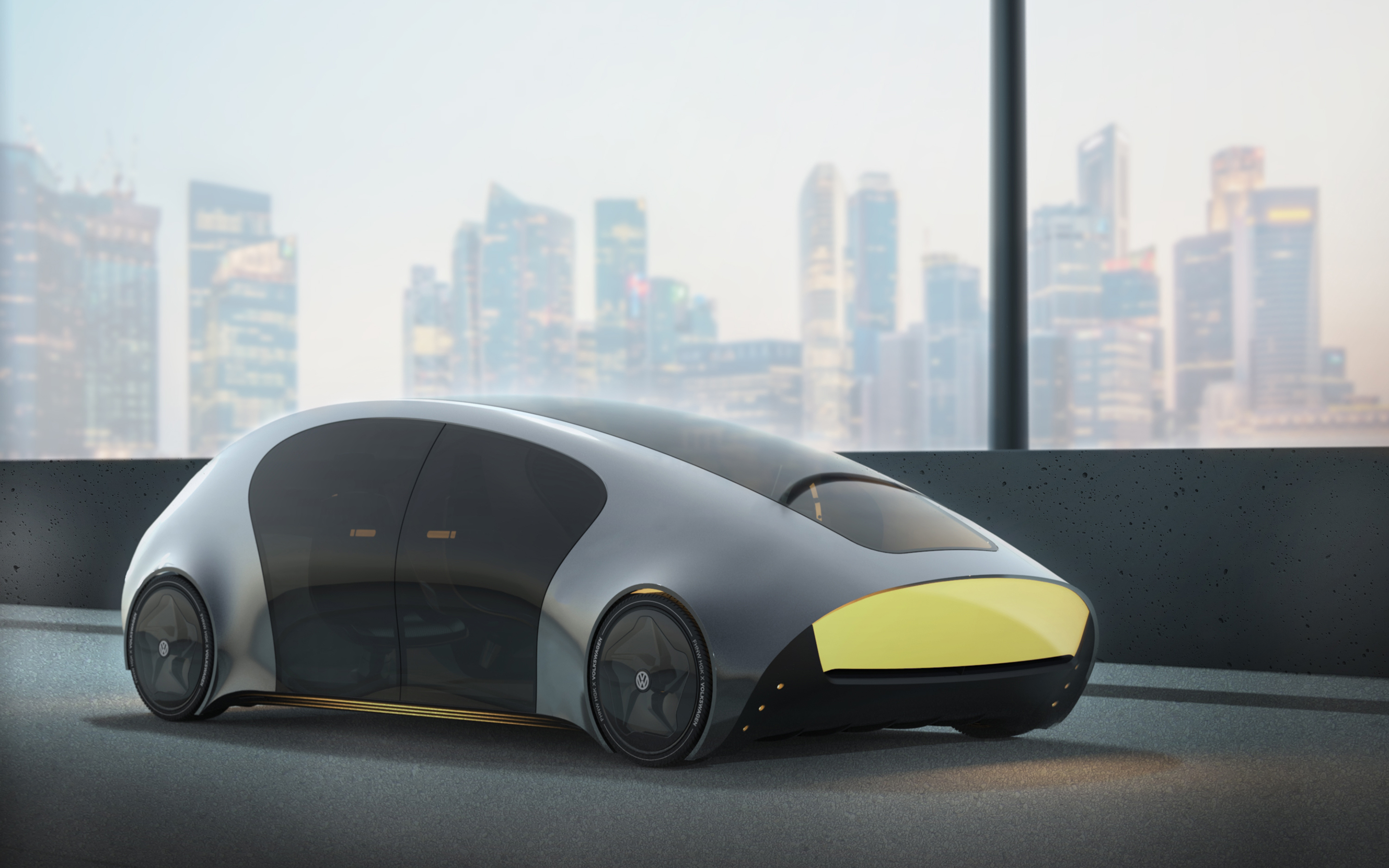 Seeing that the trust in autonomous cars is slowly rising, adjustments in the bodywork will be made in the future. Whereas in the beginning, a crumple zone in the front is still desired, it could once be replaced by a screen communicating to the passengers. 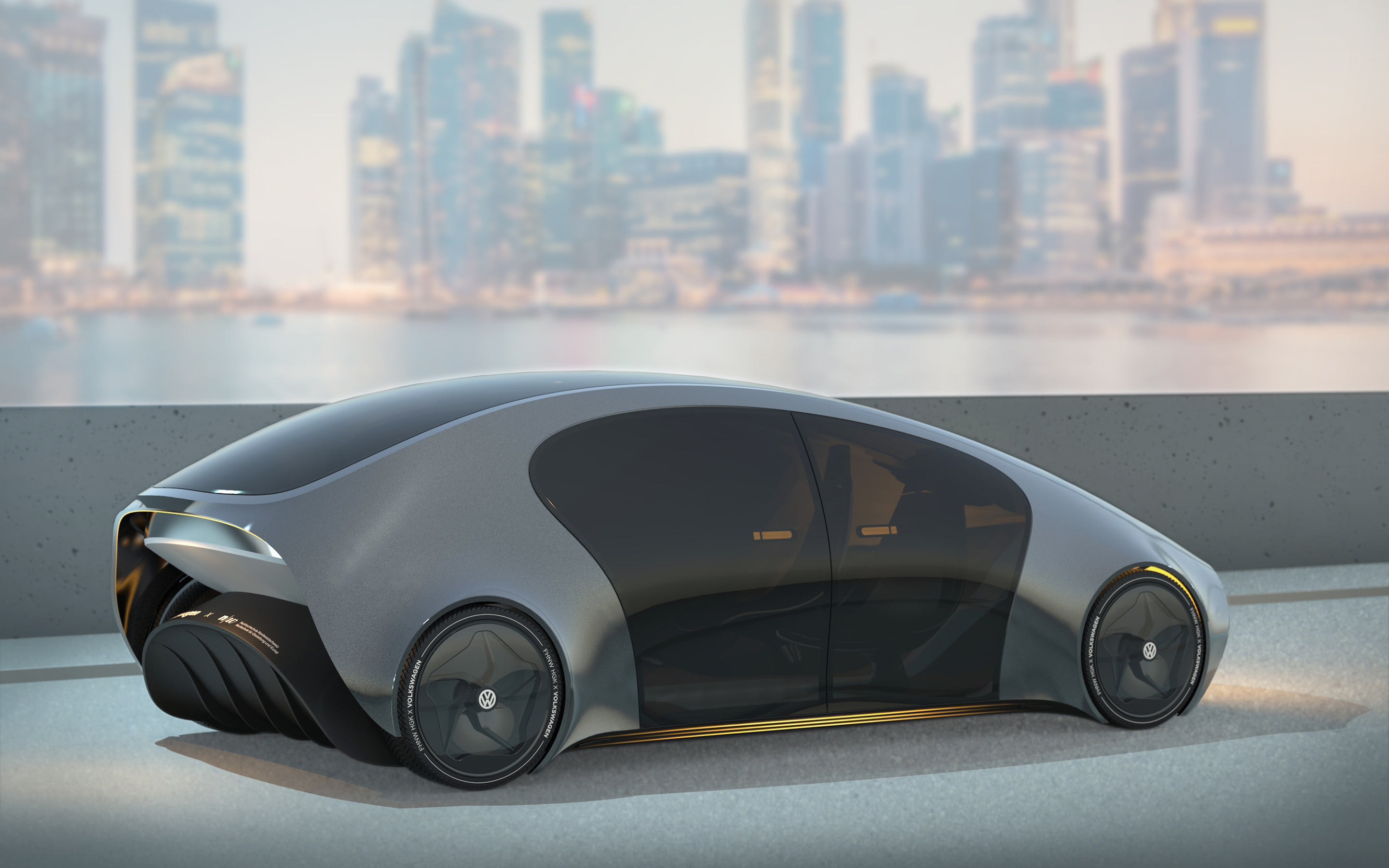 Changes can also be applied to the rear. Different needs can be met. A diffusor could be the choice for an aerodynamic long-distance vehicle. Storage space would be chosen for the holiday-adventure-van. 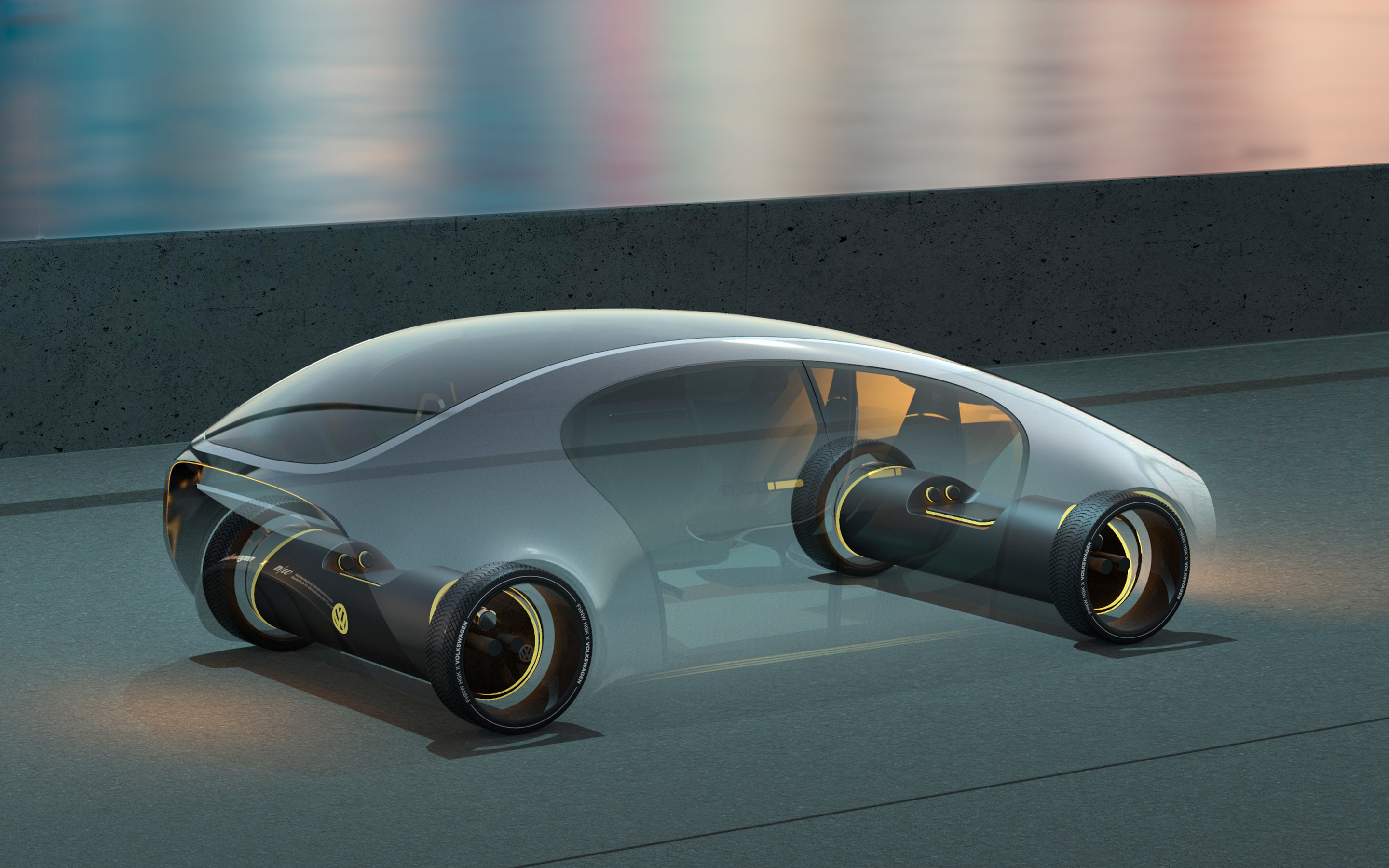 Using two identical cylinders as cores, connected to all the other parts, different variations and sizes of cabins can be thought of. This makes the concept not only a viable solution for private transport but also for cargo shipping. 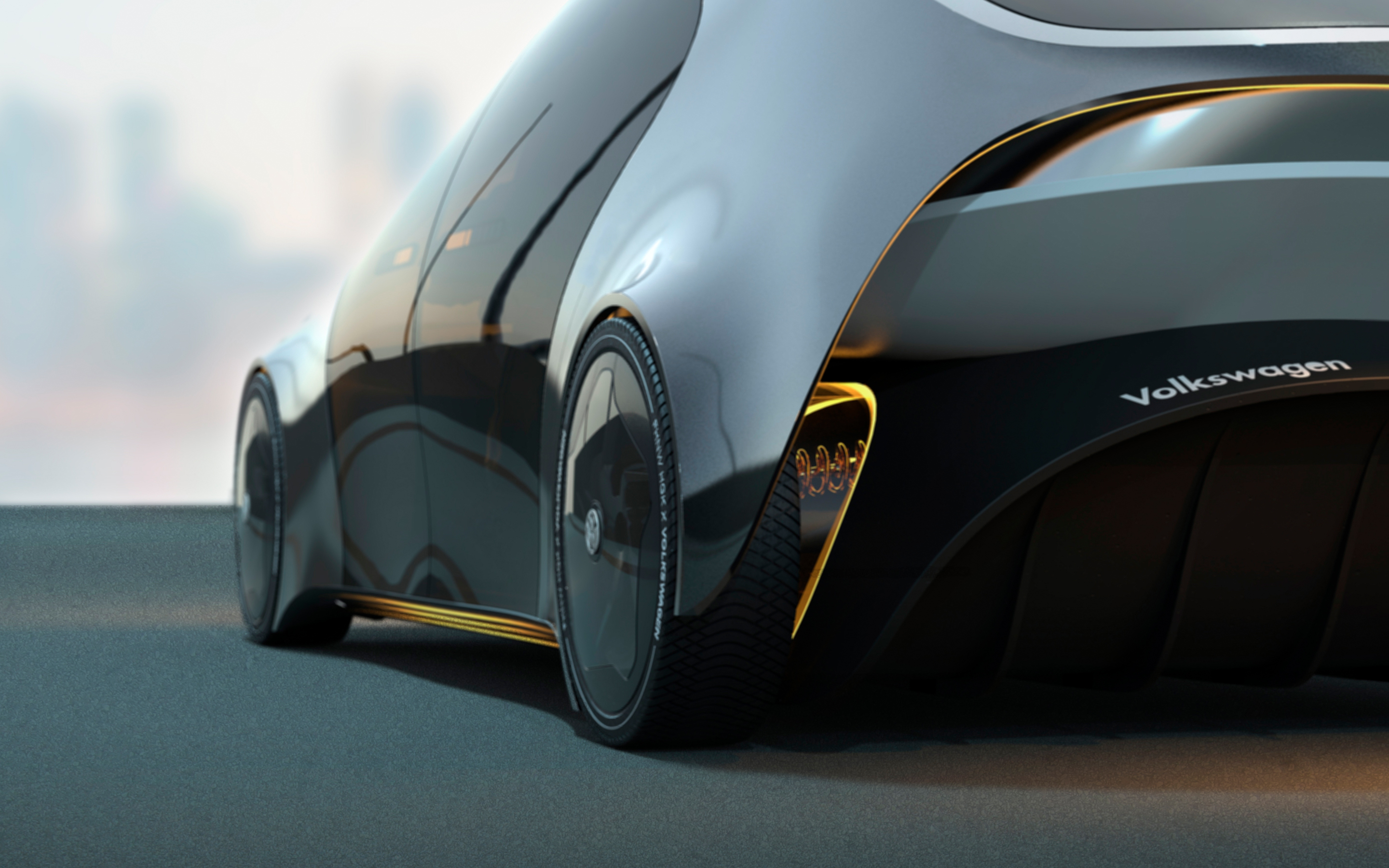